I always liked the idea of those coffe making machines with pods - though I do not drink coffee. It's because I do drink chocolate and I've long thought pods of chocolate should work well with them.

But pods have a poor reputation for wastefulness, and who knows if I'd like the chocolate supplied in them? Then it occurred to me there be must reuseable ones I could fill myself, surely?

So I went looking and discovered that there are indeed reuseable, refillable pods and I researched brands and types alongside what machines accepted which.

Having done that I then found and purchased 6 plastic reuseable pods and ordered a machine (which would be delivered with a milk frother).

So what chocolate to use? Well, once upon a time I was driving in Switzerland and stopped in Geneva and beside buying myself an excellent knife I stopped to get a hot chocolate. I was unimpressed to sit at a cafe and have a glass mug of hot milk and sachet of chocolate deposited in front of me. A sachet indeed - but it turned out emptying it in my milk made a quite satisfactory drink.

So a little later back home I learned a friend had taken up working for a NGO in Geneva and I got her to mail me a box of those sachets (thankfully she recognized the brand I described), so that when my coffe machine and pods arrived I could use good hot chocolate..

1. Fill a pod with chocolate 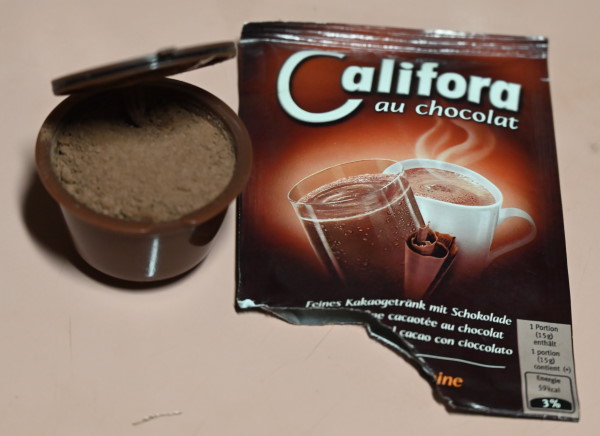 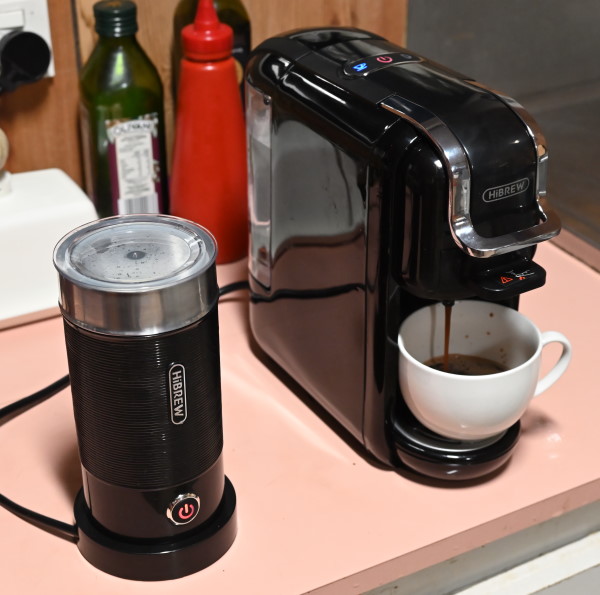 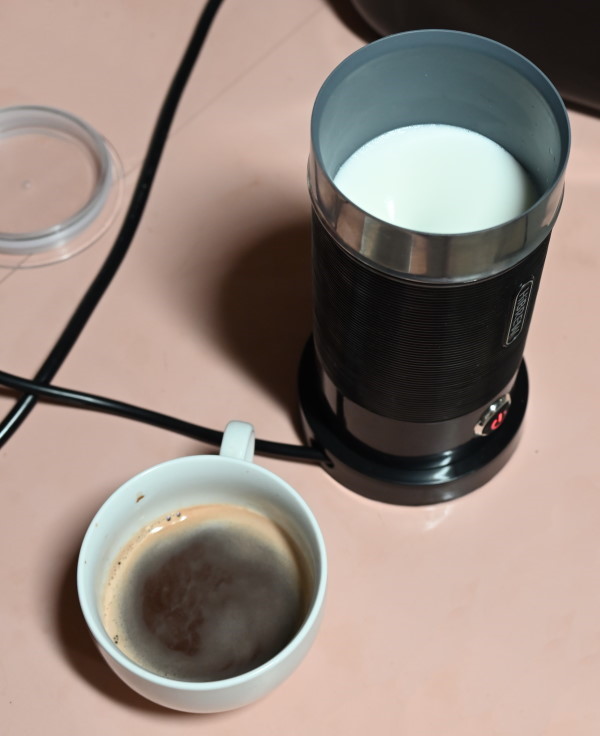 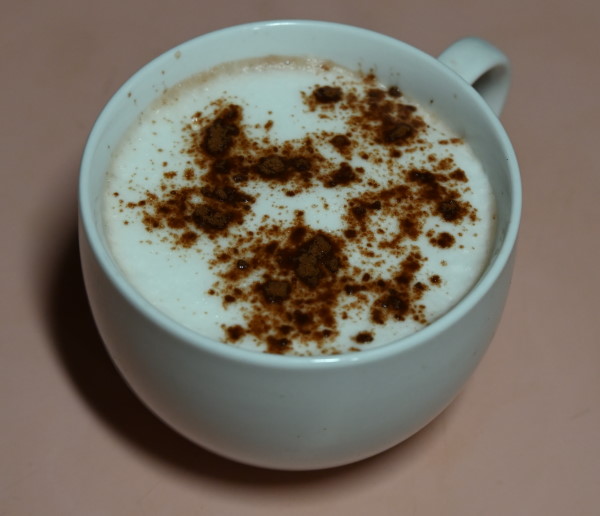 But I quickly ran out of the few sachets left - however now I could find the brand in New Zealand and I bought a few now available jars of it.

Then it turns out that the texture (a little bit gritty) of the jar supplied chocolate doesn't seem to filter through the percolating machine well, so I went looking for a smoother chocolate in NZ... 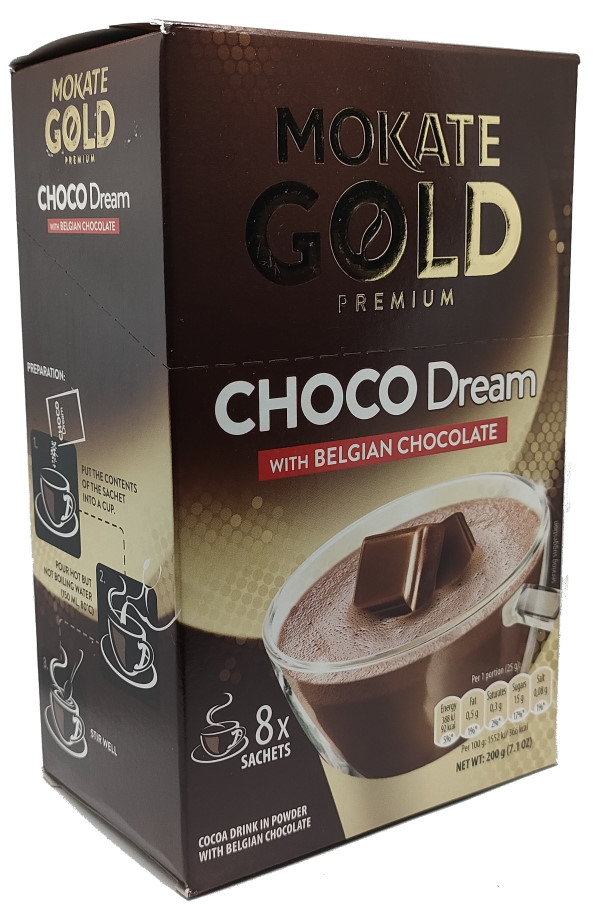 And I found Mokate Gold Premium (from Belgium), supplied in boxes of packets... 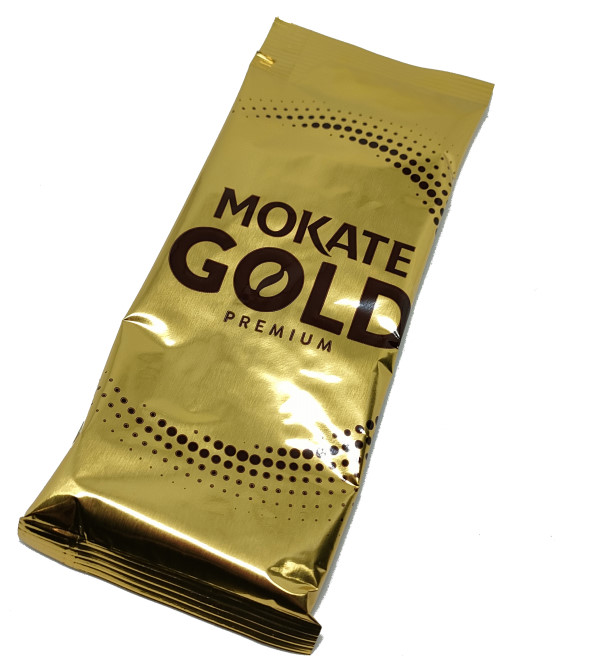 And it filters/pours through my machine nicely - but I'm a little undecided by the end result - it seems a bit weak. Still trying some variations on preperation though.